A new feature coming in CAMAvision 21, which many saw at the User Group Meetings, is the new pen-based scratch pad utility aptly named ScatchPad. This new feature is available to users with a Remote license but can be viewed on either Main or Remote. It has a separate access-right which users may need to have enabled through the User Manager. 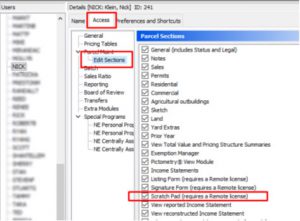 ScratchPad is ideally suited for tablet devices where use of a keyboard is not possible. It can be thought of as a simple drawing tool to make quick notes or drawings out in the field. Users can access ScratchPad from the new icon that appears within Parcel Maintenance. Users that have DMS can also view ScratchPad image files as they are stored within DMS itself.

The idea behind ScratchPad is to allow users to make quick notes in the field on their tablet and then later transcribe these hand-written notes and drawings into CAMAvision. Users can adjust the pen color and thickness or set these settings in their user profile. 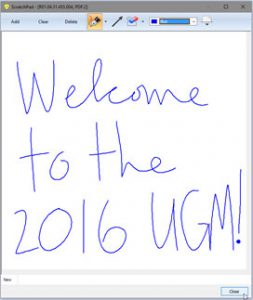 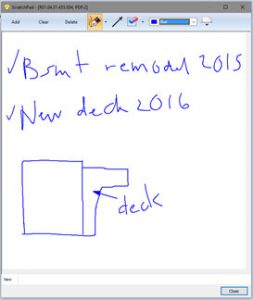