May I Take Your Reorder?

Vanguard Appraisals, Inc. > Blogs > May I Take Your Reorder?

When is a building not a building? Why, when it is an addition of course. But sometimes buildings and additions become confused and attempt to impersonate each other. They are quite the quirky entities like that. Running across one of these poor entities in the past meant no small amount of work for you in order to straighten out your arrant data. First the existing structure (be it a building or an addition) would have to be removed. Next it would have to be recreated as a building or an addition under an existing structure. Talk about tedious. 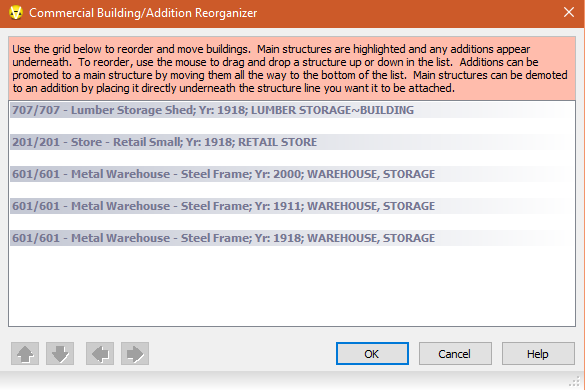 Once we do this, the lumber storage shed becomes an addition under the retail store building. And this was done without having to re-enter any building data. If we later decided to move the lumber storage shed back to being its own building, all we have to do is highlight it and click on the left button to promote it from an addition to a building. 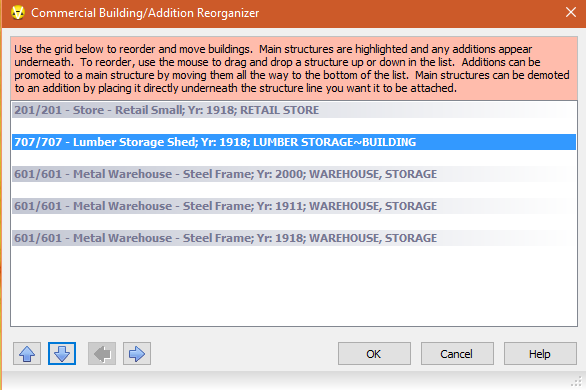 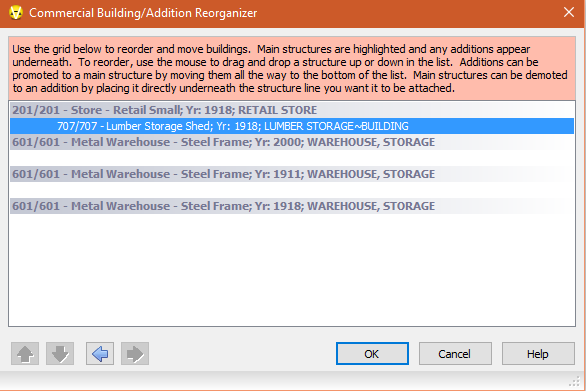 No longer will the question of is it a building or an addition trouble the insomnia tic assessor into the dark reaches of the night. For there is now a light in the darkness to guide the wayward entities back into the place they belong.