The Duplicate Wizard received several enhancements in CAMAvision® v20. So much so that I believe that once users become accustomed to its new availability, it will become an indispensable parcel maintenance tool that will be used almost every day.

Previously the Duplicate was tied closely to the access-rights to add new parcels and by extension, the Split and Combine wizards. With the v20 release, the assignment of these rights changed. These tools have been broken up and each received their own distinct access settings. This change gives users more control over who can use them and it allows us to add the wizards into new places within the program.

It used to be that when a user did not have rights to add parcels they automatically did not have rights to use the Duplicate. This restriction is no longer an impediment and opens the doors to using the wizard in places where adding parcels is traditionally not allowed. For example, CAMAvision Remote users may now be given the right to use the Duplicate Wizard to copy buildings, sketches, photos and more – to any number of existing parcels they have checked out.

Like the Comparable Search in v19, direct access to the Duplicate Wizard has been added to the menus within parcel maintenance. Simply having it right at your fingertips makes it easier to use – no more “exiting out” of a parcel just to copy parts from one parcel to another. 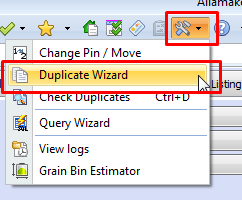 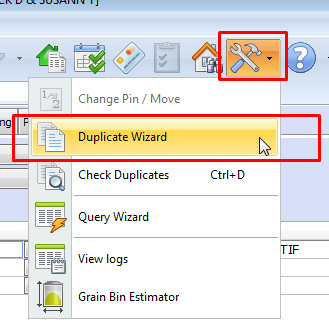 Other improvements include expanding the list of available elements that can be copied from one parcel to another. Recent additions include the ability to duplicate Prior Year records and Inspection History information.

Something that people may not realize is the Duplicate Wizard can be used to copy a wider variety of general parcel information than the Move Wizard. Whereas the Move lets a user change (i.e., “move”) only about a half-dozen general-screen features, the Duplicate Wizard lets you copy all these features and more. Do you need to copy the deedholder name to a large group of parcels? Simply designate a “source” parcel with the desired deedholder names already saved and then duplicate this generalscreen element to any number of destination parcels. This is certainly not something the Move Wizard can do!

The easy ability to do this is because of another feature surfaced in the Duplicate: loading a list of destination parcels from a saved comma delimited (CSV) text file. When needing to duplicate a parcel segment to more than a few parcels, this feature is a huge time saver! 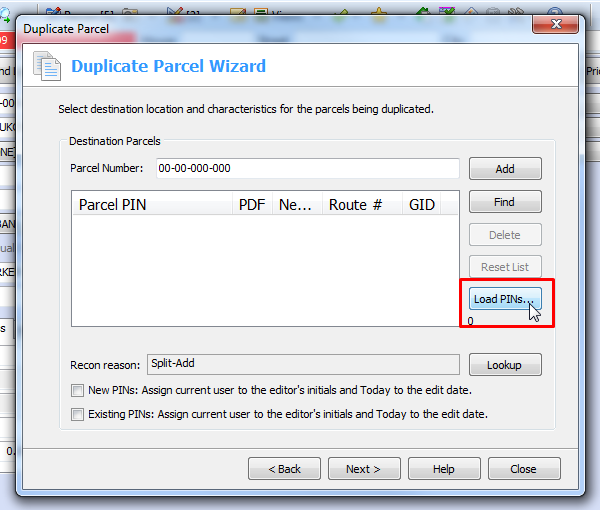 The Query Wizard export (Pro Version) can make a file ready to be used by the Duplicate Wizard. Microsoft® Excel® can also produce CSV files – but be careful about stripping leading zeros or trailing spaces from parcel numbers; malformed PINs will be skipped as the file is read.

At the very least the file must contain a PIN column. This column can be called either “PIN”, “PARCELPIN” or “Parcel_Number”. Parcel numbers are expected to be masked exactly as the setup of your system. Duplicate parcels are not allowed in the list; only the first will be accepted. And any parcels that are already locked—by any means, will be skipped and will not be included, either.

If you don’t have access to the Duplicate Wizard, consider talking to your CAMAvision administrator. When the access-right for Split, Duplicate and Combine wizards got divided up with the v20 update, your old setting got carried forward for all three tools. This was done for compatibility and security reasons. You may not have access to the Duplicate simply because you do not have the access-right to create parcels. The Duplicate Wizard is now smart enough to be used with or without being able to create parcels.